California can’t afford to delay a major investment in its aging water infrastructure, a panel of policymakers warned at a recent meeting of the Moulton Niguel Citizens’ Advisory Committee.

“We need to get prepared — taking both the short-term steps to be water efficient and long-term steps to invest in more reliable water supplies,” explained Moulton Niguel Director Duane Cave, who chairs the district’s Citizens’ Advisory Committee.

As part of its ongoing efforts to educate the public about statewide water issues, the Moulton Niguel Water District hosted a public forum to provide customers with a detailed briefing on one proposal gaining statewide attention: the California WaterFix.

Spearheaded by the Metropolitan Water District of Southern California, the $15 billion project would enhance the state’s water reliability by installing two 40-foot wide tunnels that would transport water that would otherwise flow to the ocean.  The CA WaterFix proposal, considered a critical investment in water infrastructure, would enhance the state’s water reliability, retrofit water supplies against earthquakes, and expand water storage capacity during the state’s perennial droughts.

“It’s really about creating reliable supplies,” said Stephen Arakawa, manager of the Bay-Delta Initiatives Program at the Metropolitan Water District of Southern California. “It’s not to gain a lot of extra water compared to where we are today. It’s to actually make the system more reliable than it is today.”

Supporters of the project say that the project’s three new intakes in the northern Delta would ultimately benefit residents in Southern California, which receives roughly 30 percent of its water from the Sacramento-San Joaquin Delta.

Arakawa, one of the state’s leading experts on water reliability, explains that the tunnels would provide a method for replenishing the state’s groundwater basins, which are depleted in dry years.  Right now, water that could be used for groundwater replenishment flows out to sea.

“We use our groundwater basins…. to draw it down in drier times and then fill it back up in wetter times,” he said. “The ability to store that water is key.”

If storage is the key to the state’s water system, then time is of the essence. The construction phase of a 30-mile tunnel will likely take more than a decade to complete. 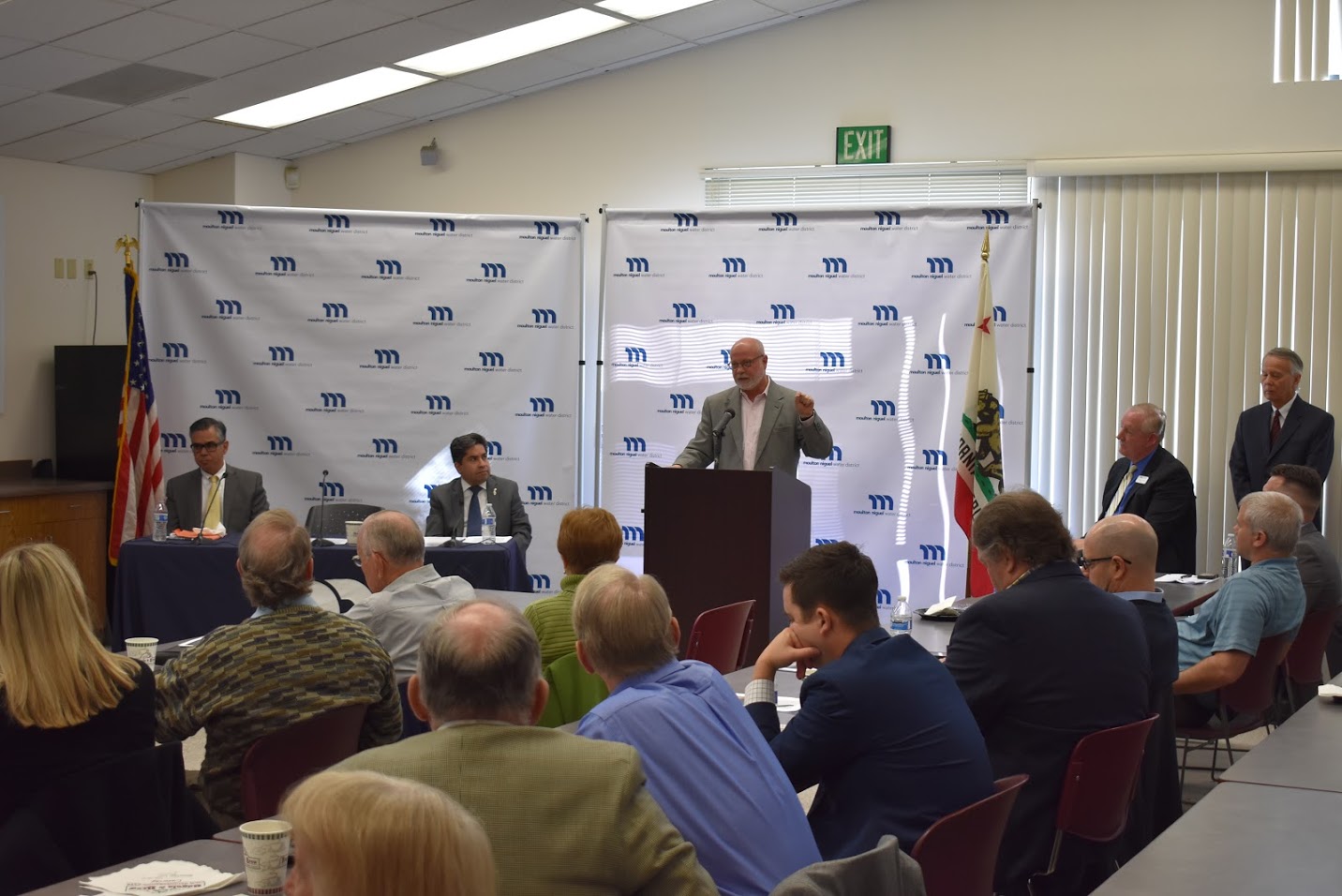 Charley Wilson, who serves as Executive Director of the Southern California Water Coalition, stresses the importance of taking action now in order to avert problems later.

“By the time the problem comes, it’s too late,” he warns. “This has been reviewed under California law and multiple administrations have determined that this project is the most cost-efficient means by which to work to make sure there is a reliable water supply for Central and Southern California.”

Critics of the California WaterFix argue that Southern California residents will disproportionately bear the costs of the project. 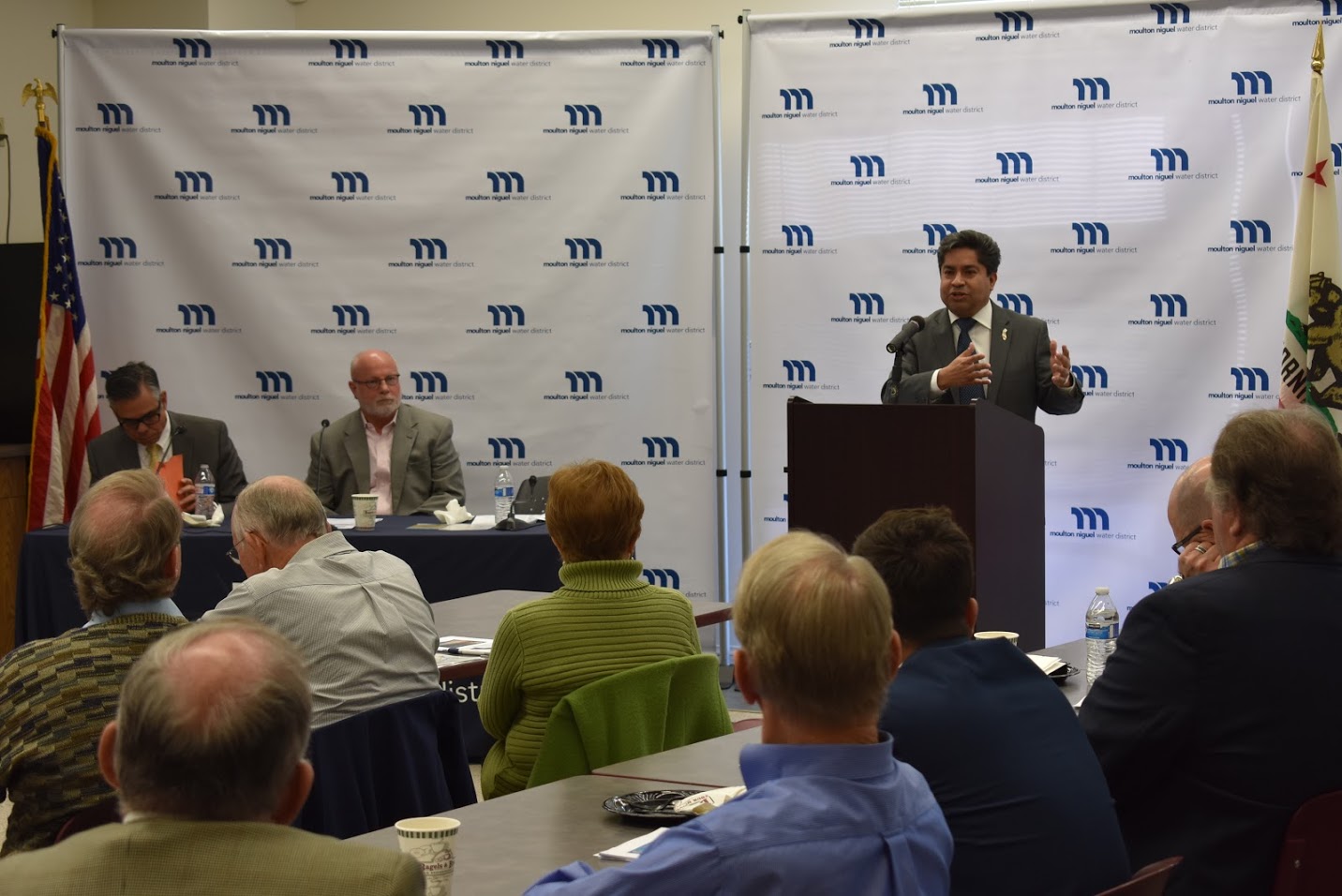 Jose Solorio, a former state lawmaker who worked with Governor Arnold Schwarzenegger to draft a comprehensive water legislative package in 2009, believes that Southern California needs to establish a stronger presence in Sacramento.

Even as Southern California’s population has grown, the region’s water use has remained effectively flat due the area’s conservation efforts. As a state lawmaker, Solorio had a direct hand in expanding those water conservation efforts. In 2011, he authored Assembly Bill 275 to legalize the collection of rainwater.

“It was actually technically illegal to capture rainwater from your roof put in a rain barrel and use it for personal use,” he said.

Today, it’s not only legal to collect rainwater, but Moulton Niguel customers can receive as much as $350 in rebates towards rain barrels and cisterns. Even those small steps are seen as a big part of the state’s water reliability solution.

“You’ve got to do all of the above,” says Wilson.